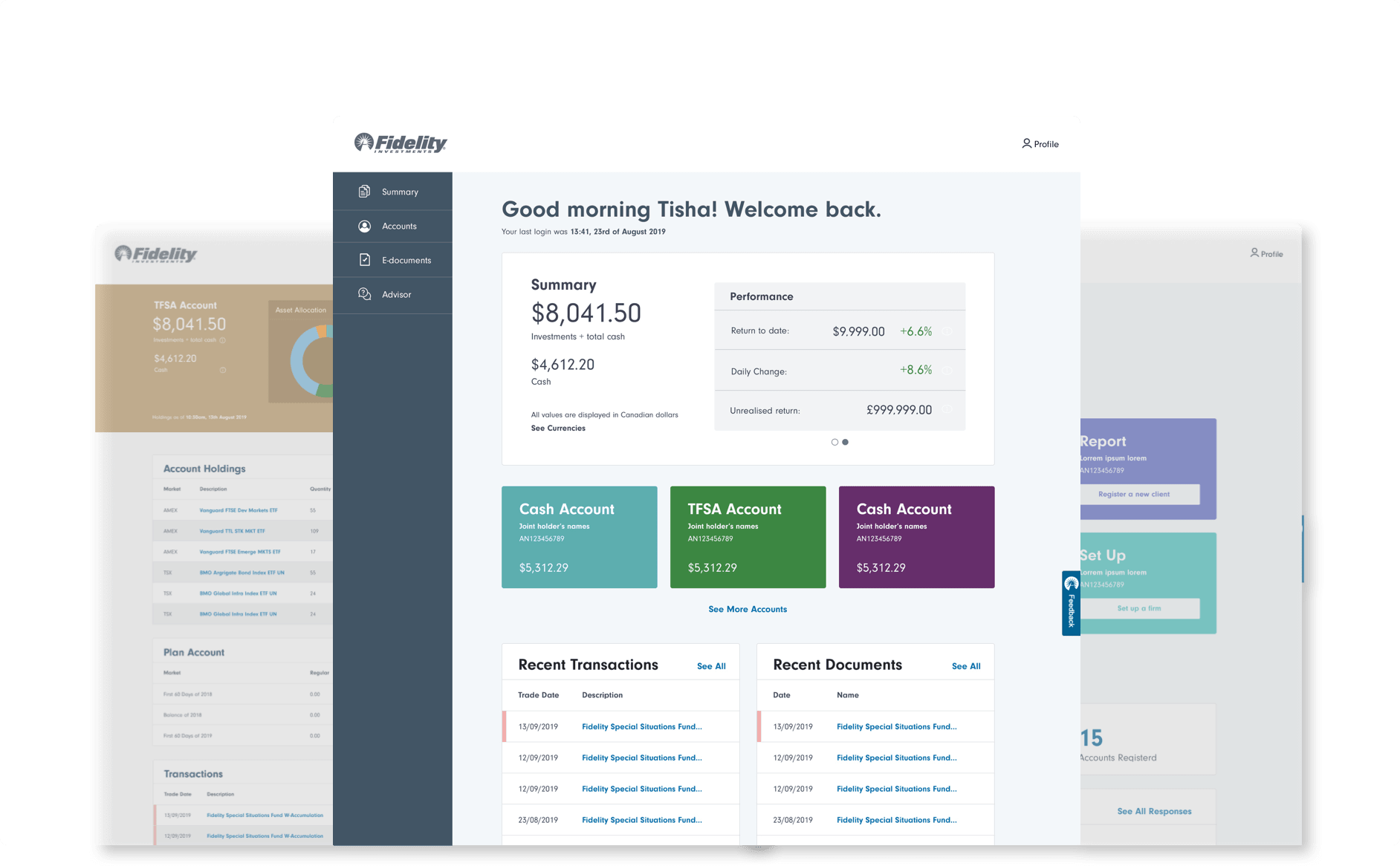 Project
FCC Portal
Skills
Product design, UI/UX
The Challenge
Fidelity Investments Canada, operates as an investment management firm based in Toronto. They approached the UK digital team I was working for, to help craft a solution so there advisors could easily interact with there clients through a secure portal.
Getting To The Bottom Of The Problem
I travelled out to Toronto, to talk through their requirements and run a series of workshops to define who would be using the platform and what their needs and wants would be. They had an existing portal that was dated and had limited functionality, so this was an opportunity to add value to there existing platform.
Discovery Phase
Along side running workshops we performed various other forms of re-search such as interviews with advisors and customers, competitor analysis and market re-search against other services across different regions.

From speaking to advisors and customers, we began to see re-occuring problems, such as:
‍
- They both wanted to be able to customise the portal
- Customers felt the existing portal was dated and hard to navigate
- There was an appetite to outsource this service to other advisory firms 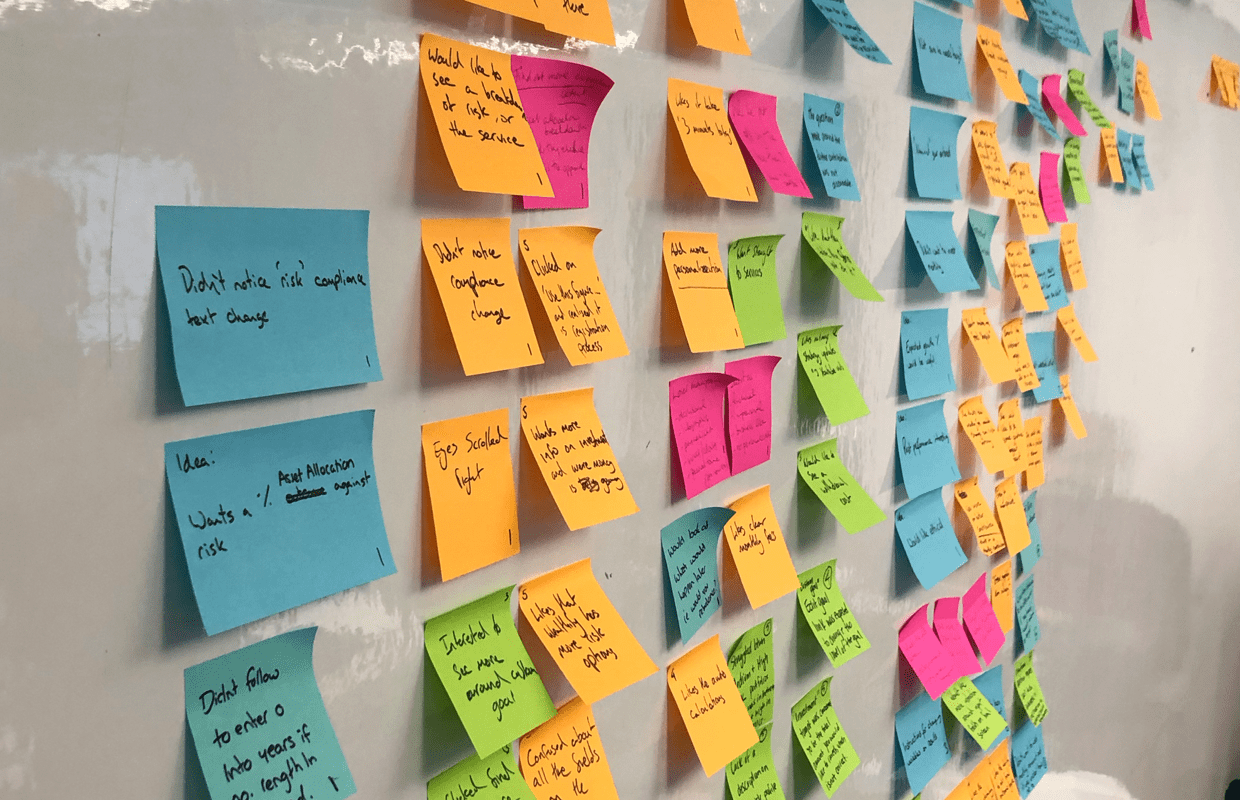 Creating A Simple Architecture
From speaking to advisors, we soon began to see how they use the existing portal and what sort of tasks they perform. I began to capture and map these out which helped to begin building a simple architecture to work from. 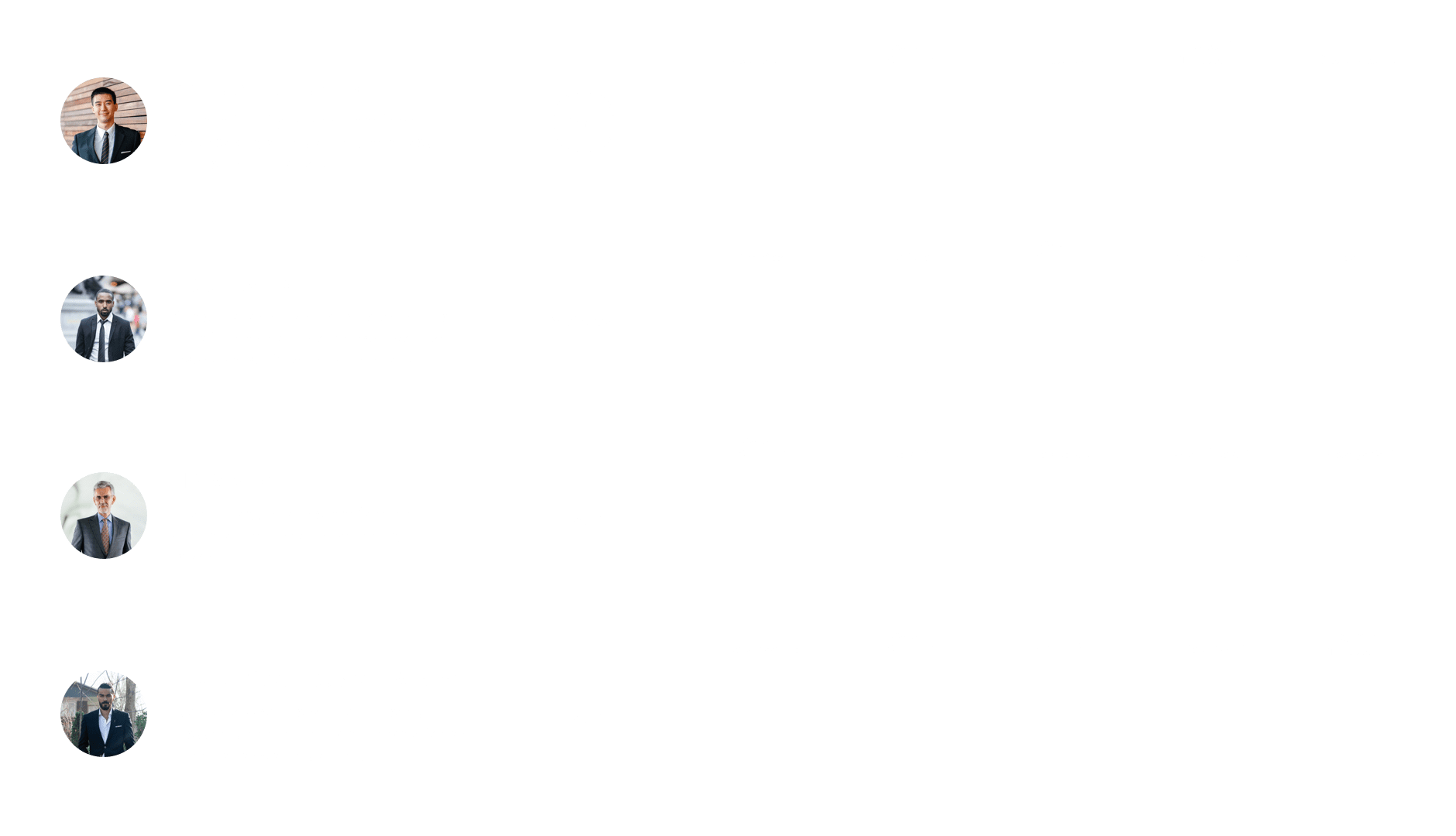 Sketching & Low-fi Prototypes
Along with mapping out the journeys of the advisors, I began to put together low fidelity wireframes that we could present back to some of the advisors to get their initial feedback. 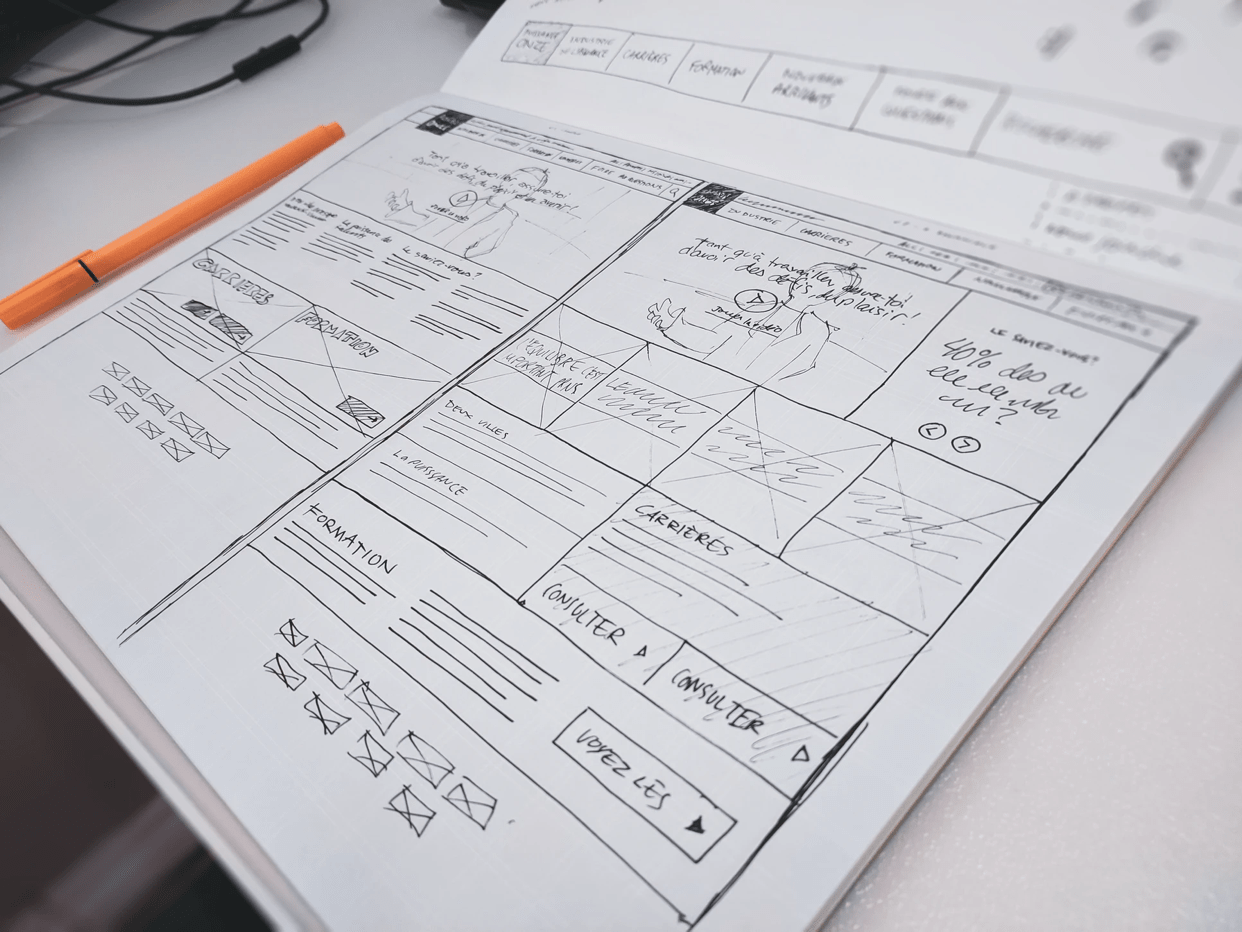 Creating A Library Of Components
Whilst wire framing and begining to build a basic prototype, I began list out various components that re-occured across the different pages. Rather than designing each individual page, I began to design these different components which began to form a small library to work from. We had already agreed to use the existing design standards so this made this task slightly easier. 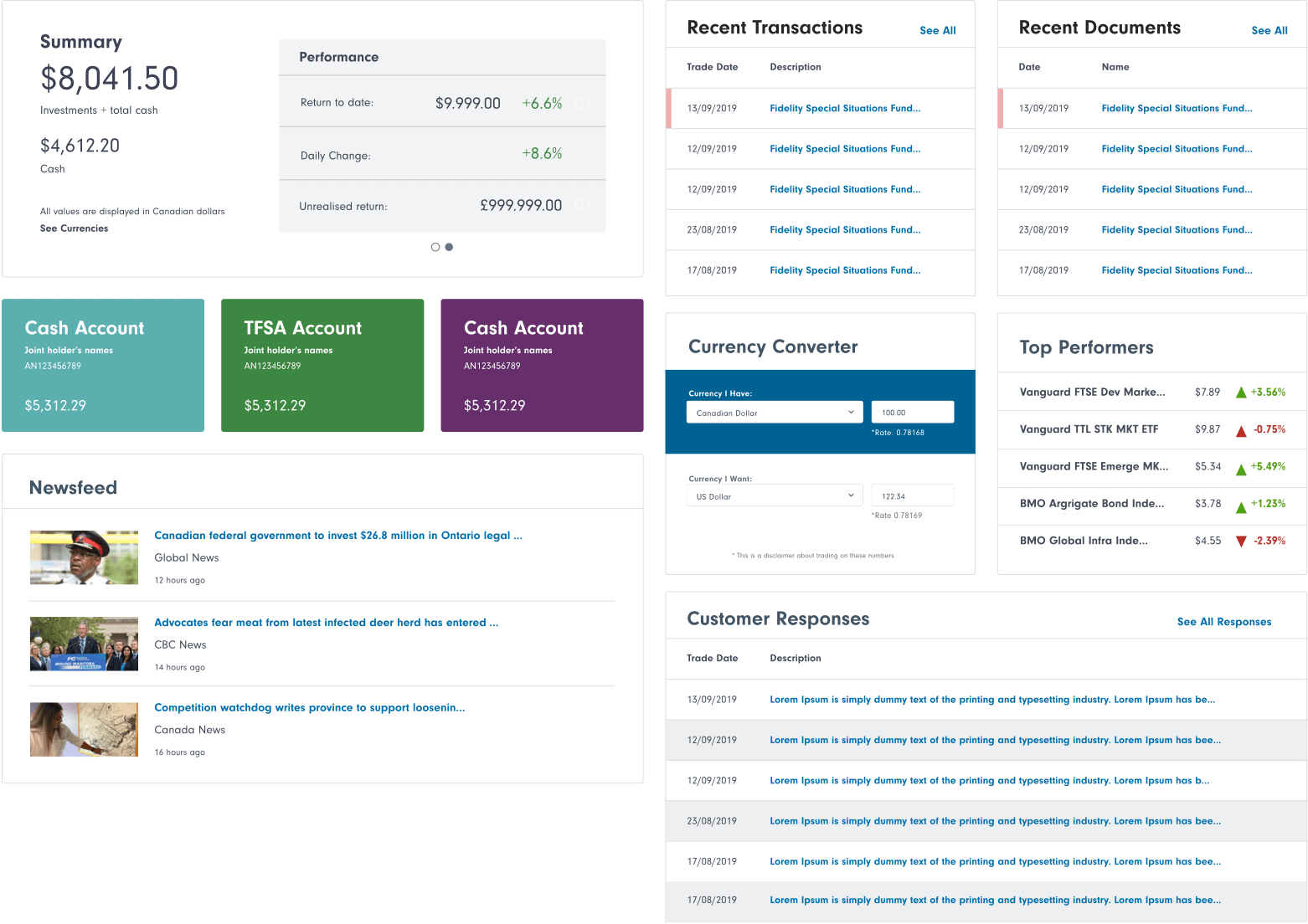 Fleshing Out The Final Concept
The next step was to align some of the high fidelity components with the wire frames to create finished mock ups we could present back to advisors and customers to gather their feedback.
Customer Portal 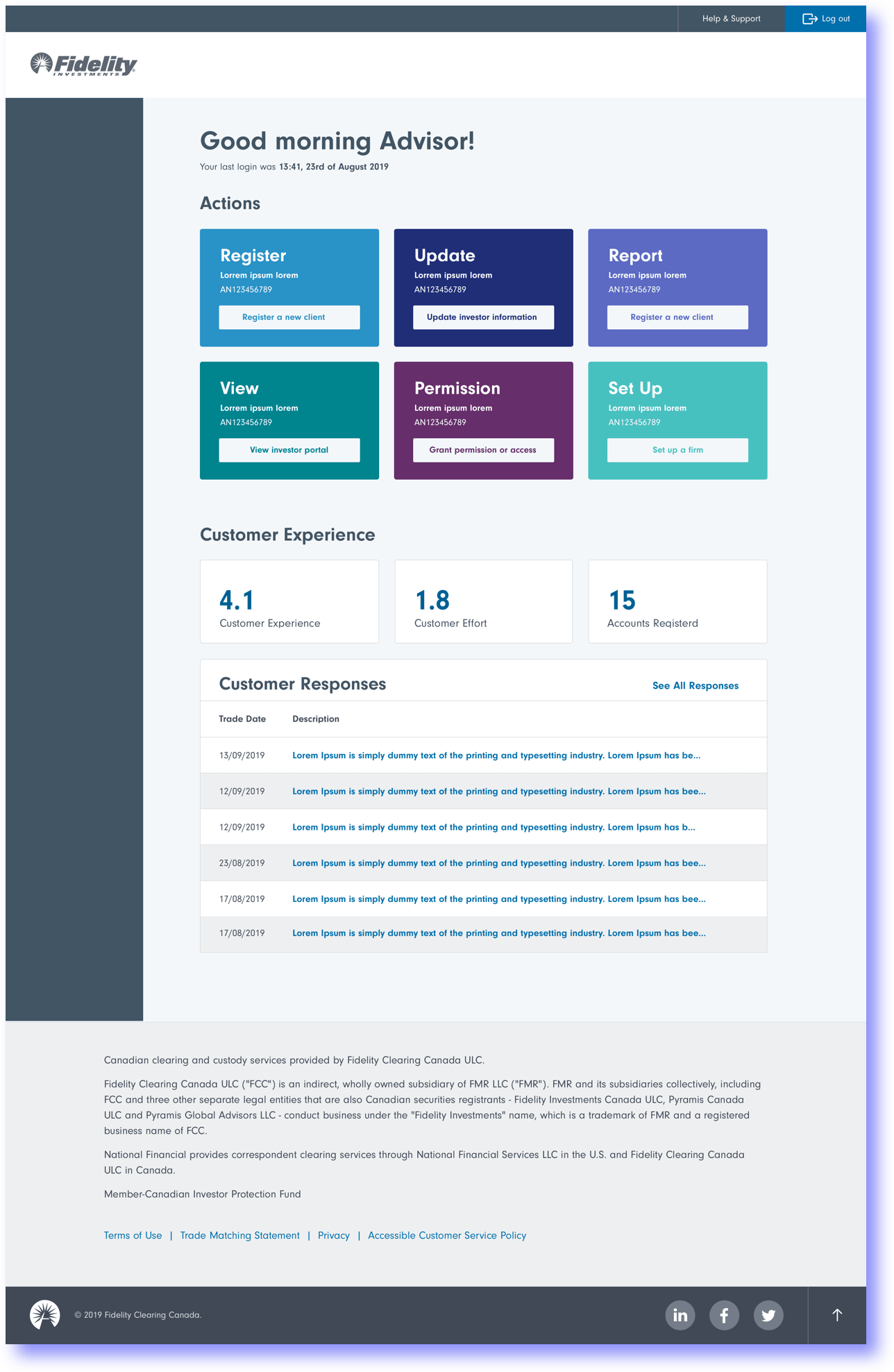 As there was also an appetite to white label this service to other advisor firms, I mocked up a version of how this could look. It was important to strike the balance between white labeling the service as a pose to doing a complete redesign for each company. 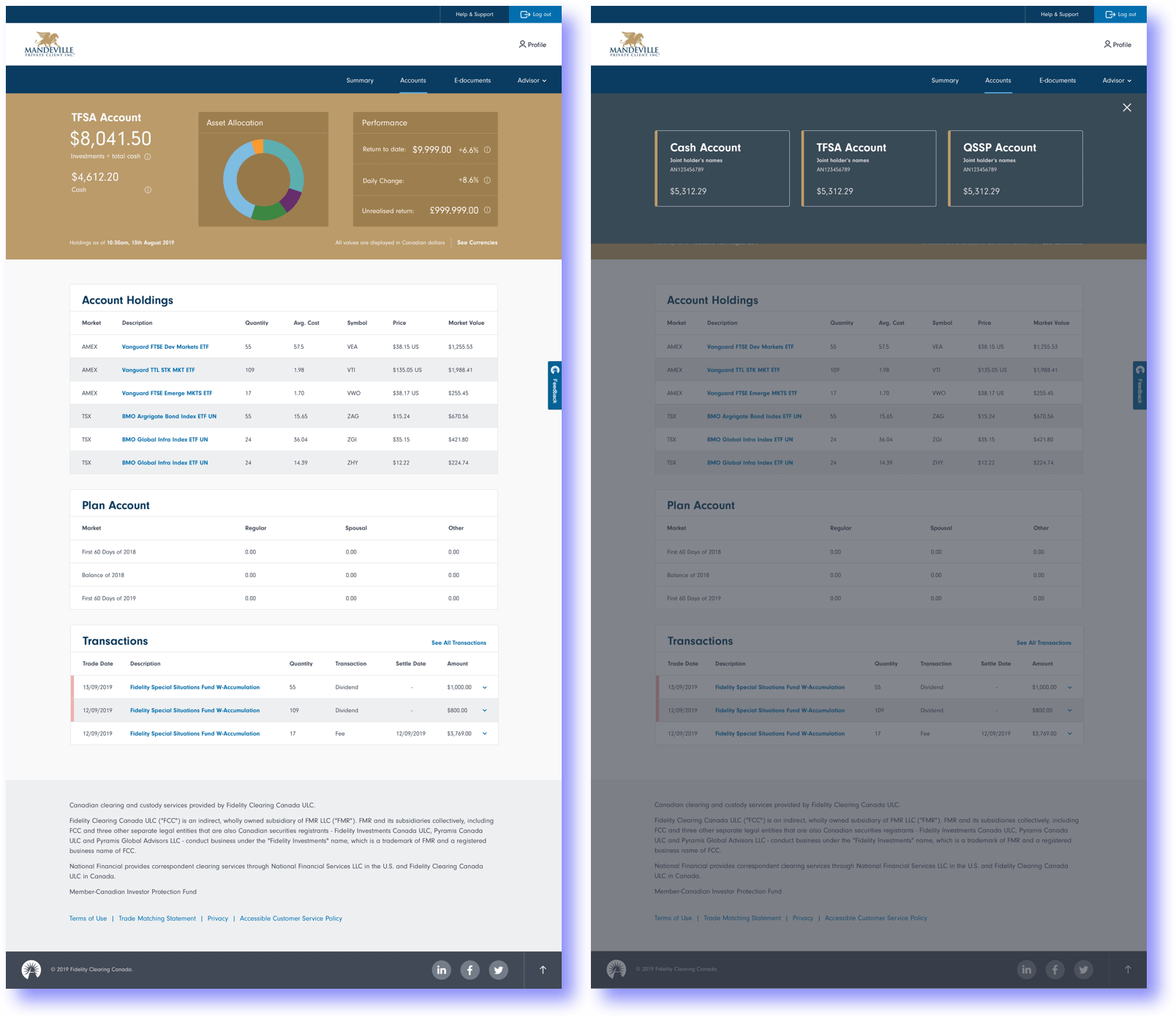 What Was Acheived?
I worked closely with all stakeholders involved on this project and kept them informed and part of the process, as the project developed. The product was well received and shared with the wider business and gave a great insight to how this could position Fidelity in the advisory market.

If you have a project you would like to discuss,
get in touch today...

White Labled Service
We created a concept for an adivosry portal that could be white labeld to other bussineses.

Re-Freshed UI
We successfully updated the UI for this portal, increasing engagement with both customers and advisors.
Get In Touch